JOIN IN ON THE CONVERSATION! 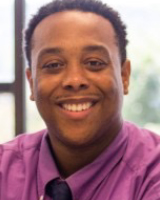 CCM Choral Studies seeks to create a new breed of choral conductor.  Our conductors are learning to become complete artists, capable of standing in any environment inspiring a new generation of musicians and consumers.  Our training focuses on building entrepreneurs who will envision a new wave of performance and pedagogy valuing transformative musical experiences.  As one of the most established conducting training programs in the world, we have witnessed an enormous change in the choral community and are evolving to embrace a new vision.

Harry and Dr. Miller will share their experiences and visions for the future. 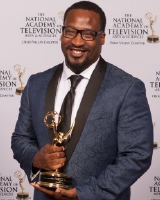 Donald Hancock is an Emmy Award-winning producer, professor and an active member of the media community. He has an MA in Film and Television from Savannah College of Art and Design and a BFA in E-Media from CCM. Hancock currently works as a producer at CET, Cincinnati’s PBS Member Station. He has produced “The Art Show,” CET’s weekly art magazine program, since 2013. He also produces content for a variety of partners with CET, including ArtsWave and the Cincinnati Symphony Orchestra.

Hancock won a Regional Emmy Award for “Cincinnati’s Music Hall: The Next Movement,” a 60-minute documentary that he co-wrote, produced and shot. The documentary details the historic $150 million renovation of Cincinnati’s National Historic Landmark.

In 2013, Hancock was chosen as one of 25 producers from around the country to participate in the PBS/CPB Producer’s Academy, whose goal is to engage a talented pool of diverse producers in public broadcasting. Hancock has also partnered with WGBH and PBS to produce content around national programming including “Finding Your Roots,” “American Experience” and “Downton Abbey. 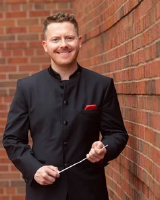 A conversation with Assistant Professor and Director of Wind Studies & Division Head for Ensembles and Conducting, Kevin Holzman.  Current students will join to discuss their recent experiences with the college and favorite performances from this past semester. 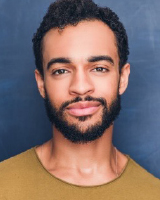 A conversation with Theatre Design & Production faculty member Stirling Shelton and recent graduates of the TD&P program at CCM about their careers. 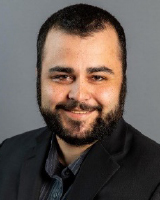 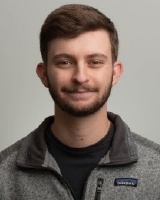